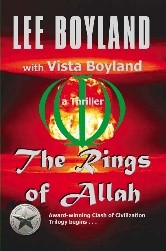 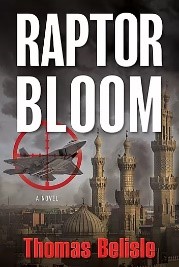 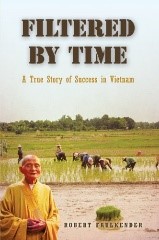 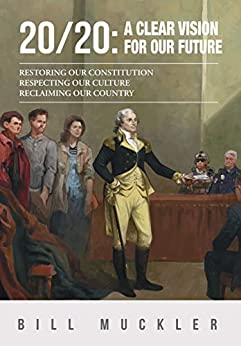 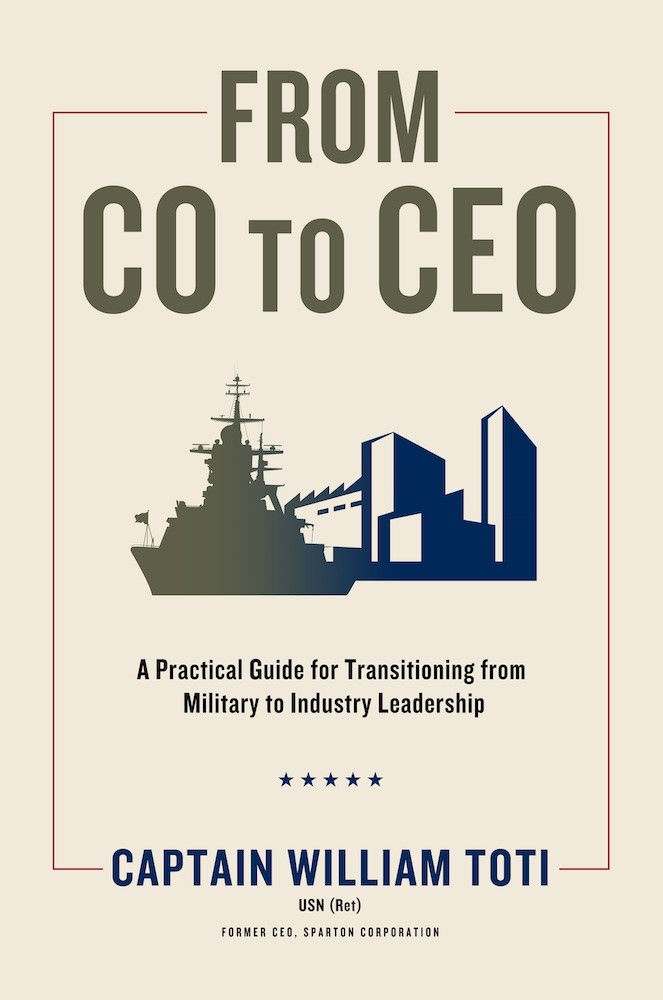 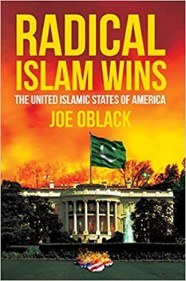 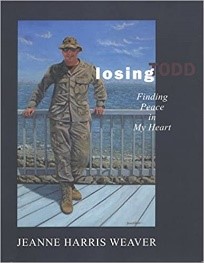 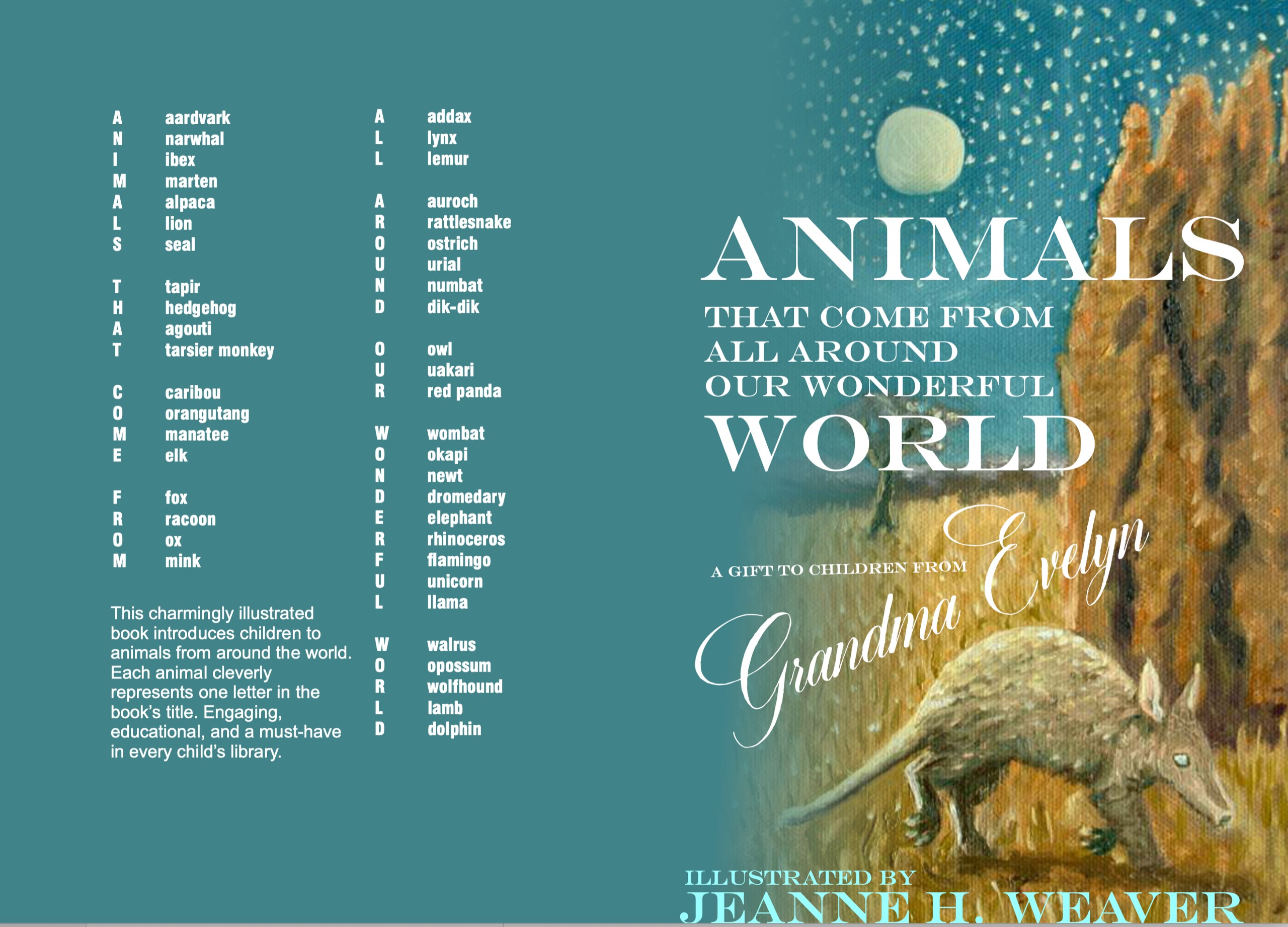 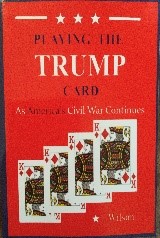 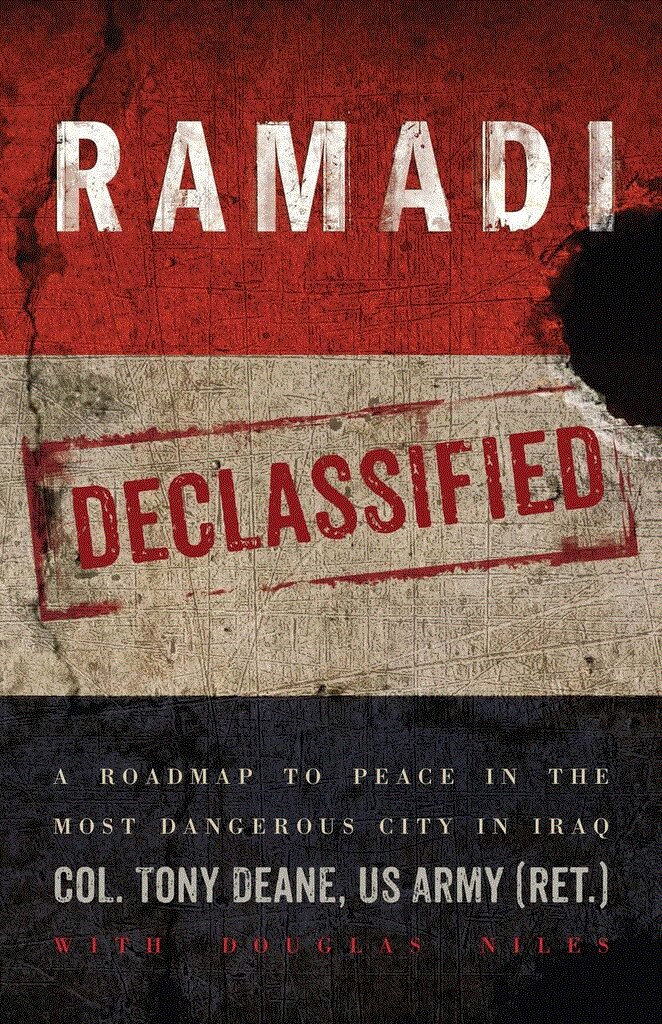 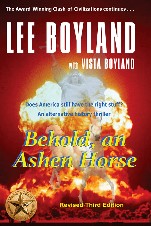 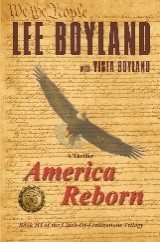 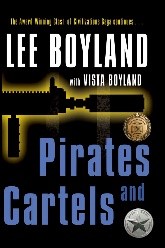 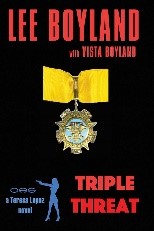 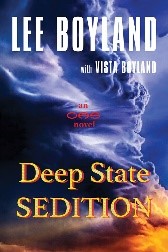 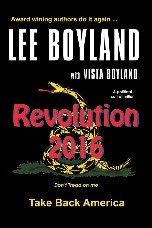 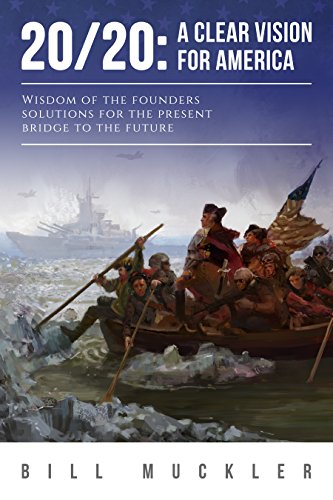 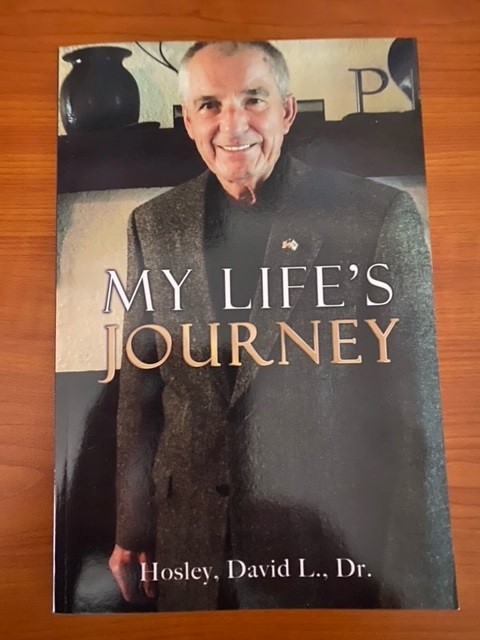 Our chapter members are a unique group with the common experience of serving as leaders in the military or being military spouses.  Many of our members have published books on a variety of topics, in non-fiction and fictional books.

The views expressed by the authors do not necessarily represent those of MOAA or MOAACC.

Lee is a graduate of NC State University with a BS in nuclear engineering. Following graduation, he was commissioned a Second Lieutenant in the US Army Ordnance Corps. After completing his three years obligation for the Army, he entered the defense industry. He is the author of seven novels.  He and his wife, Vista, live in Suntree.

The Rings of Allah is the first book of the Clash of Civilizations trilogy and a factual fictional story of how Islamic terrorists place nuclear devices in American cities.

Behold, an Ashen Horse is the second book of the series.  The US government is destroyed one cabinet member becomes president and sets about saving the nation.

America Reborn, Book 3 tells the story of the president’s efforts to deal with the crisis, survivors, and beginning the process to re-elect the government.

Pirates and Cartels is Book 1 of a spinoff series, The Office of Analysis and Solutions or OAS, continues the story, where the action shifts to Mexico and Somalia.

Triple Threat, OAS Book 2 wraps up the Mexican cartel war and the jihadists attempt to assassinate the President.

Deep State Sedition, OAS Book 3, Antifa and the Deep State resort to violence to stop the president’s plans to re-elect the government. The Take Bake America plan is implemented.

Revolution 2016: Take Back America, is a satire on the Obama administration and the 2016 election. What if the president issues an illegal order?

Tom combines his career knowledge spanning forty-one years of military and Aerospace Industry experience to produce intriguing, action thrillers. His writing style is influenced by his combat aircraft and weapons background, and broad feet-on-the-ground time at locations around the world. He has produced two thriller novels: the most recent, Taking the Dream Spinner, was published in May 2021; and his first novel, Raptor Bloom, was published in April 2020.  Tom and his wife Cathy live in Viera, Fl.

Taking the Dream Spinner is the second in a series of Matt ‘Ace’ Black thrillers. The exciting saga of Matt ‘Ace’ Black continues in a new adventure that places the fighter-pilot hero of Raptor Bloom in a life or death conflict that he never trained for. The moment he boarded the cruise ship Dream Spinner with his family, they became unwitting pawns in a geopolitical struggle between good and evil. As they sailed away from the safety of their port, what most passengers presumed was a normal cruise environment gradually became something that would shock them to the core of their existence and place them all in a terror-filled, deadly floating prison. They became entangled in the web of a radical mastermind intent on leaving his mark on the world. But—Ace has a plan, and hopefully, some help! The chilling story will make you question what you think you know about taking your next luxury cruise vacation.

Raptor Bloom is an action thriller that pits deep seated Iranian treachery, intent on corrupting the most coveted technology on earth, against America’s heroic efforts to prevent its global power from being neutralized.

Bob is a retired infantryman, businessman, and college professor. His military experience includes two tours in Vietnam. His Master’s degree is from Georgia Tech, and his undergraduate degree is from West Point.  Bob’s subsequent experience as business owner and international consultant qualified him for nearly ten years as an adjunct professor at American InterContinental University. He lives with his wife in Viera, Florida

Filtered By Time is based on the experiences of a five-man advisory team in a small town in the Mekong Delta in 1964. Between the Viet Cong ambushes and spooky Vietnamese monks they find friendship, respect and an entrepreneurial spirit among the villagers.

Contact the Author or buy the Book: Amazon Books

Bill is a graduate of the University of Missouri-Columbia.  Following graduation, he was commissioned a Second Lieutenant in the USMC through the OCS program.  He spent over four years on active duty and 11 years as a Ready Reservist.  He is the author of “20/20: A Clear Vision for America” and “2020: A Clear Vision for Our Future”.  Bill lives in Cocoa and works with a variety of Veteran Service Organizations.

20/20: A Clear Vision for America provides practical solutions to reinstate our Constitution, bring prosperity to all, and give our children a brighter future.

20/20: A Clear Vision for Our Future traces the history of Our Constitution, the values of ownership and freedom, and how these concepts shaped America. 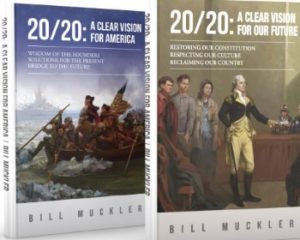 Contact the Author or buy the books at:  2020americabook.com

After a career in the USAF, Joe worked in Tehran for the Lockheed Corporation.  He and his family were there during the 1978-79 Iranian Revolution.  He had a follow-on position in Saudi Arabia that helped motivate him to write Radical Islam Wins-The United Islamic States of America.

Radical Islam Wins-The United Islamic States of America is a fictional story of what could happen if we are not vigilant as radicals threaten to make war against us.

Contact the Author or buy the Book:  Amazon Books

Jeanne is a Mother, Wife, and Artist.  She created, in one year’s time, 21 paintings in honor and memory of her son Todd, killed in action in  Kandahar, Afghanistan on 9 Sep 2010. The series is called Losing Todd: A Mother’s Journey. From that series she wrote a book with the same name published by The Muscarelle Museum of Art at The College of William and Mary.

Losing Todd: A Mother's Journey: Finding Peace in My Heart is her personal journey through her new 'state of being' as a Gold Star Mom with pride and a greater understanding of God's love and grace.

Contact the Author or buy the books at:  Amazon Books, Books-A-Million or www.jeanneweaverartist.com 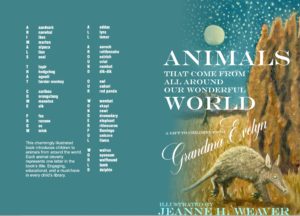 Dan served 22 years including 8 years with The Teams before earning his commission in the Medical Service Corp. He then served an additional 19+ years as the Navy Rep to develop and deploy a Management Software Application for Military Healthcare. Throughout the years, Dan has owned numerous businesses and has authored five books, including those featured here. His goal in life is to be an honorable father, a noble brother, and an encouraging mentor.

Playing the Trump Card, As America’s Civil War Continues as we stand on the precipice of a cliff, the 2020 elections may be our last FREE ACT!

The A.S.K. Force reveals the secret to knowing and achieving your life’s purpose and enjoying the ride using adventures from the UDT/SEALs and more.

Tony served in a variety of Army and Cavalry assignments including commanding an Armored Task Force during the Battle of Ramadi in 2006. His unit’s actions are highlighted in The U.S. Army in the Iraq War.  He is a commentator on National Security Issues and been published in Foreign Policy, The American Spectator, and the Cipher Brief, and appeared on media outlets ranging from MSNBC to Fox Business. Tony owns a consulting company and lives in Indialantic.

Ramadi Declassified gives an insider account and commander’s perspective of the Battle of Ramadi and the Anbar Awakening, a turning point of the Iraq war.

My Life's Journey is about:  Growing up was quite a challenge in young David Hosley’s life, as he and his siblings dealt with growing up poor in a small town.   Their father and mother lad divorced, leaving his mother to take la welder job during World War II when his father left them.

Determined to escape the poor lifestyle land make something of himself, David worked hard in school and sports to gain scholarships land eventually get his master’s and doctorate degrees.  He eventually went on to enlist in the Air Force and rose to the rank of colonel, even flying 475 combat missions during Vietnam.

Captain William Toti, US Navy (Retired) is author of “From CO to CEO: A Practical Guide for Transitioning from Military to Industry Leadership.”  He served for more than 26 years on active duty in the U.S. Navy, and for more than 15 years In industry running multi-billion-dollar global defense businesses, culminating in a role as CEO of Sparton Corporation.  He has appeared in more than a dozen global release documentaries on the National Geographic Channel, PBS, Fox, and the History Channel.  He is an honorary survivor of the World War II cruiser USS Indianapolis, and his experiences on 9/11 in the Pentagon were incorporated into the 2006 book, “Operation Homecoming.”

“From CO to CEO: A Practical Guide for Transitioning from Military to Industry Leadership."  Book description & reviews at: https://williamtoti.com/from-co-to-ceo-book/

Contact the Author or buy the Book: https://williamtoti.com or on Amazon. 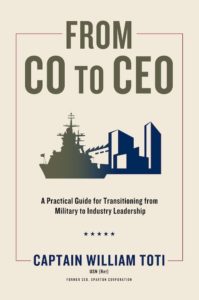 Interested in becoming a featured author?  Email us at SpeakersBureau@moaacc.org for additional information.